Wheezing in infants under three by Dr Ian M Balfour-Lynn 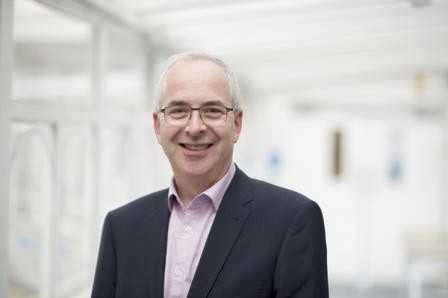 Dr. Ian Balfour-Lynn is a Consultant in Paediatric Respiratory Medicine at the Royal Brompton Hospital, Chelsea & Westminster Hospital and the Hospital of St John & St Elizabeth. The majority of his specialist training was obtained at Great Ormand Street Children’s Hospital and he specialises in all aspects of paediatric respiratory medicine – namely any condition that affects a child’s lungs and airways. We, at Mumsinthewood are grateful to Dr. Balfour-Lynn for sharing his knowledge with us and we hope that this article gives parents the guidance they need to identify their child’s symptoms and take the appropriate measures.

Wheezing in infants under three

Wheezing and asthma are two very worrying conditions in children, especially those under the age of three when they cannot coherently verbalise what they feel. This article provides parents with comprehensive information on  when to watch out for which symptoms and when to take urgent action.

Many infants and young children cough and wheeze when they get colds, but are completely well in between. Although this can be a worry for parents, the condition is usually quite mild, and they are diagnosed as having ‘episodic viral wheezing’. Parents always worry that their child has asthma, and it is true that a small proportion will have genuine infantile asthma. This is difficult, but certainly not impossible to diagnose in children under 2-3 years of age. Despite what many parents are told, there is certainly no rule that says asthma can not be diagnosed until a child is older. Pre-school children get on average 8-12 colds per year, mostly in the winter months, so the symptoms can be quite common and are usually less of a problem in Spring and Summer.

How is it diagnosed?

This is done either by a General Practitioner, a General Paediatrician, or Respiratory Paediatrician who has an expertise in all aspects of children’s lungs and airways. There are some pointers in the history that make the diagnosis of infantile asthma more likely than simple viral wheezing, outlined in box 1.

The first thing to be sure about is whether the child is actually wheezing. Many parents report that their child wheezes, when what they are really describing are the harsh sounds of upper airway secretions in the back of the throat. Wheeze is a dry whistling breathing OUT noise, which can sometimes be difficult to hear without a stethoscope. Some parents will confuse wheeze with stridor, which is a harsh breathing IN noise, heard with croup. Recording the sounds on a mobile phone can be helpful as often the child is well when seen in clinic.

The children usually also have a dry tight cough with the wheeze, that may be worse at night. However if it is always loose and wet sounding, this is a warning sign that the child may have recurring or long term bacterial infections and must be investigated., especially if a child coughs up mucus (phlegm).

The doctor will examine the child to be sure there is nothing else going on, but this examination is usually normal. Rarely the presence of an abnormal chest shape (known as Harrison sulci) indicates long term respiratory difficulties and is significant – these abnormalities include an inward dip on the lower ribs at the front. If wheezing is heard on one side only, it is important to be certain the child has not inhaled something such as a small bead.

Generally, investigations are not necessary. Sometimes a chest x-ray is done, especially if there is something unusual in the clinical history or examination. Children under 6 years of age are unable to perform lung function testing and skin prick testing for allergies in this age group is rarely helpful. There is no single test for asthma.

If symptoms are marked or unusual, referral to a paediatrician is warranted, particularly one with a respiratory expertise (see box 2). In some cases, further investigations may be performed to exclude less common diagnoses. Gastro-oesophageal reflux (of stomach contents) must always be borne in mind, as it may manifest as recurrent cough and wheeze that has not responded to standard asthma therapy. This is due to the stomach acid irritating the lining of the oesophagus (food pipe).

How is recurrent wheezing treated?

This is done using inhaled medicines called bronchodilators, which help to relax the tightened muscles around the airways, hence are usually known as a ‘reliever’ medicine. It is this tightening that causes the wheeze and difficulty breathing in the first place. The commonest one used is salbutamol which is the blue inhaler. There is another one sometimes used in the first year known as ipratropium bromide (a white inhaler with green cap) but we find that salbutamol does work in infants and is the commonest inhaler prescribed.

Salbutamol should only be used on an ‘as required’ basis i.e., when the child has symptoms of wheeze, breathlessness or a dry tight cough. There is no need to use it routinely 3-4 times a day, as if the child is well and the airways are a normal size, it will have no benefit. The inhaler works quickly, often within 5 minutes or so, and the effect lasts 3-4 hours. It is very safe, and the only potential side effects tend to be a raised heart rate and slight tremor or jitteriness, but this tends to only happen if large amounts are being used (e.g. 10 puffs every 20 minutes in an Accident & Emergency (A&E) department). I tend to prescribe 2 to 4 puffs in infants, every 3 to 4 hours as required, and leave the higher doses to be used in hospital. If a child is not responding to the inhaler, needing higher doses, or not lasting more than a couple of hours without the inhaler, then urgent medical attention is needed, either from a GP or local A&E (see box 3). The liquid form (ventolin syrup) is far less effective and not worth using, as the oral dose required to have an impact is likely to lead to side effects.

If in doubt, or you wonder whether to go to A&E – just go

How are inhalers given to young children?

The best way to get inhaled medicines into the lungs of a young child is through a spacer device, which is a plastic holding chamber (see the picture below). In infants, the spacer needs to have a small facemask attached to the end. I prefer the small volume spacers (e.g. AeroChamber or Ablespacer) to the large ones (e.g. Volumatic or Babyhaler), as they are easier for parents to hold in one hand, and also more colourful and friendly for young children. By about 3 years of age, most children can use the spacer with just a mouthpiece, rather than a facemask. Importantly, the amount of drug that reaches the lungs is drastically reduced if the child screams or struggles with the spacer; parents are often told incorrectly that it is a good time to give the drug when a child is crying. There is no advantage to using a nebuliser (an electric machine that delivers the drug as a fine mist) at home, compared to a spacer device.

More details of how to give inhalers and different devices are available on my website – www.coughdoc.com, or the direct link to the page is http://www.coughdoc.com/index.cfm?asset_id=1439&fuseaction=front 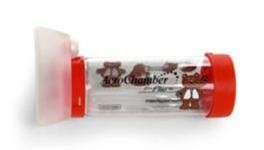 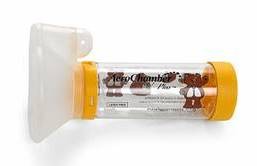 Figure – Infants tend to tolerate small volume spacers better, for example an AeroChamber® (orange for those <3 months, yellow for older).

If parents smoke, the best (and only) thing to do is to stop. Even when they smoke outside the house and not in front of their child, they are still breathing out toxic substances for some hours. Smoking in the family car is even worse. Passive smoking children catch more respiratory viral infections and when they have an infection, end up with more symptoms.

Montelukast (Singulair) granules can be very useful in reducing viral airway inflammation, which causes symptoms by swelling the lining of the airways and hence narrowing them. They are a type of non-steroid anti-inflammatory medicine that can be quite effective, although not in all children. They may be prescribed to be taken once a day (morning or evening) as a preventer, but also, since they work within 4 hours they can be started at the beginning of a cold or chest symptoms and continued until the child is better. For some children this works well, but again not in all.

The granules are more like a thick powder and must be mixed in cold food e.g. yoghurt, fruit puree, and not in hot food nor liquids. This treatment can be particularly helpful in children who do not tolerate the spacers so never get much drug into their lungs. Parents should be warned that a small proportion of children get bad dreams and disturbed sleep, in which case the drug should be stopped if it has happened more than once; the side effects immediately go away.

Inhaled steroids are the most effective preventers used in asthma. A small minority of pre-school children will require regular prophylaxis (a ‘preventer’ medicine). Inhaled steroids are not too effective for children with simple viral wheezing but are more likely to work in those with genuine infantile asthma. In those with background troublesome symptoms who are using a bronchodilator several times a week, or who are frequently in A&E, or requiring hospital admissions, a trial of inhaled steroids is warranted. They are given through spacer devices, and take 4-6 weeks to have full effect, so they can not be used for the occasional week just during colds. There is also little point in increasing the dose when the child is acutely unwell. Side effects are rarely seen at standard low doses; but with high doses we watch carefully for any effect on growth. I always use the lowest dose possible, as long as that still works, and the doses should be reviewed every few months.

Most wheezy episodes are set off by simple viral colds, or other viral respiratory infections so will not respond to antibiotics. However sometimes, especially with chronic (longer term) or recurrent symptoms, bacteria may be playing a part, in which case a course of antibiotics can be warranted. It is important to realize that antibiotics can never affect a child’s immune system; only bacteria can become resistant (in which case a different antibiotic is needed) – children can not become resistant to antibiotics. Having said that, overuse of antibiotics is not to ne encouraged.

The outlook is generally very good and most children ‘grow out’ of their symptoms.. However although most wheezy infants do not turn out to have persistent childhood asthma, most older children with asthma do start wheezing when young. There is nothing to predict exactly what will happen to any individual child, nor at what age they may grow out of their symptoms.

You can also get more information by visiting his website www.coughdoc.com