Food has been my lifelong passion; so much so that I left my job in the City to spend the past year on the professional chefs’ diploma course at Leiths cookery school.  On a typical weekend I spend several hours in the kitchen cooking family meals for the evenings and filling up the freezer for the week ahead. 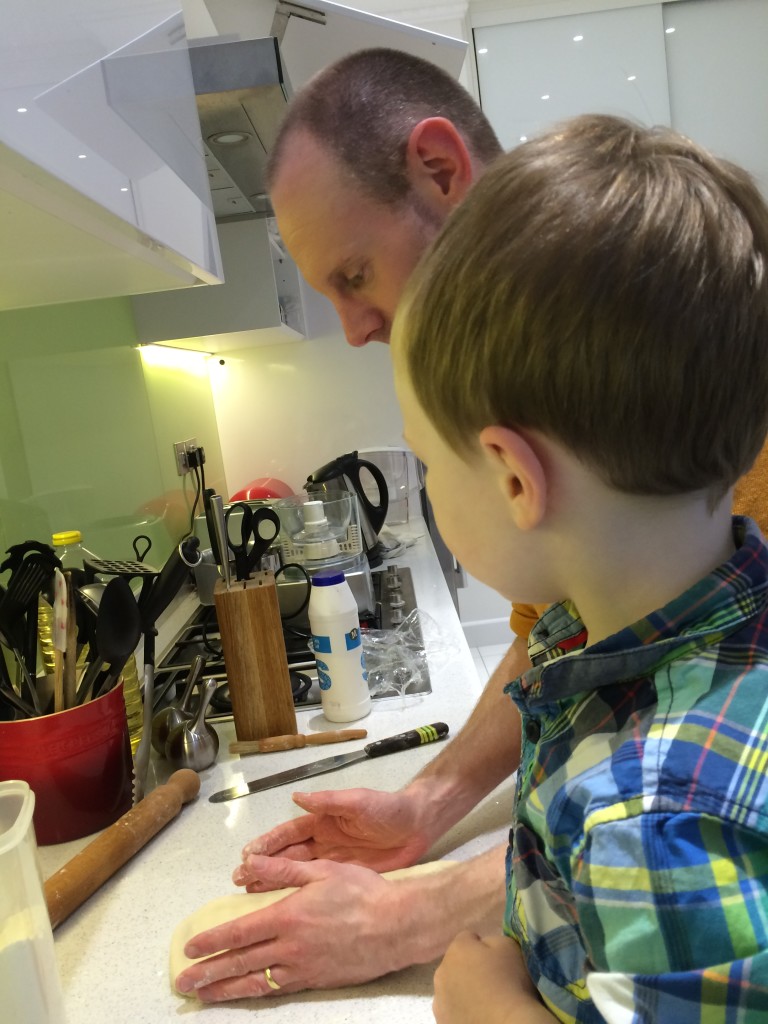 This could mean shutting myself away from the family so that I can get on with my kitchen creations without interruption, at the cost of course of spending time with the kids.  The obvious answer? To get them involved in the cooking so that we can enjoy it together. So whilst I’d love to pretend that my motive for cooking with my 3-year-old son Olly is simply altruistic: developing his understanding of food and healthy eating, building fine motor skills, etc; really it’s about getting to spend time with him whilst I indulge in my own passion!

As with so much with kids, until you give them the chance to do things for themselves you don’t realise what they’re capable of.  To be sure, Olly’s true kitchen mastery still lies in licking clean the bowl after making a cake, but even at 3 he helps me to collect and measure out ingredients, with stirring and mixing, can crack eggs, and recently he’s started chopping (using a table knife rather than a chef’s one).

Obviously the kitchen is full of risks and accidents waiting to happen: hot pans, sharp knives, fragile bowls and glasses.  But at least he’s there under close supervision learning about how to do things safely – so come the moment that I leave a knife out or pan on and turn my back he’ll hopefully understand it’s dangerous and leave well alone. 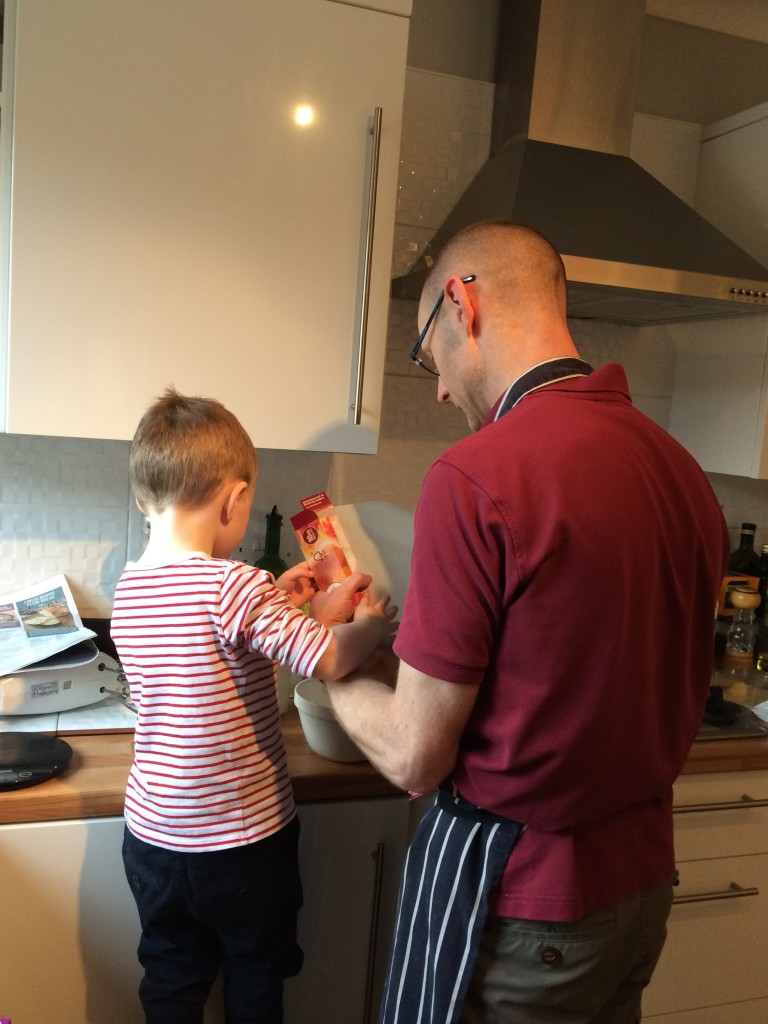 This isn’t a cookery column so I’ve decided not to write out any recipes.  What works well for us is the same as for anything else you do with a 3 year old: making it fun.  So beyond what’s required for his (and my!) safety I don’t worry too much about rules: it’s not very exciting being obsessive about following a recipe precisely or stopping him from licking his fingers (‘tasting as he goes along’ in professional chef terminology….).

There’s a similar philosophy behind the things we most enjoy cooking together: they’re fun things to make.  Homemade pizza always goes down well, simply giving him the chance to choose which toppings to put on, and how to arrange them. It doesn’t even need to be a proper pizza base; tortillas, even a slice of toast, work just as well. Baking is another really fun activity: an opportunity to get hands dirty mixing the ingredients, as well as the aforementioned benefit of licking out the bowl afterwards! 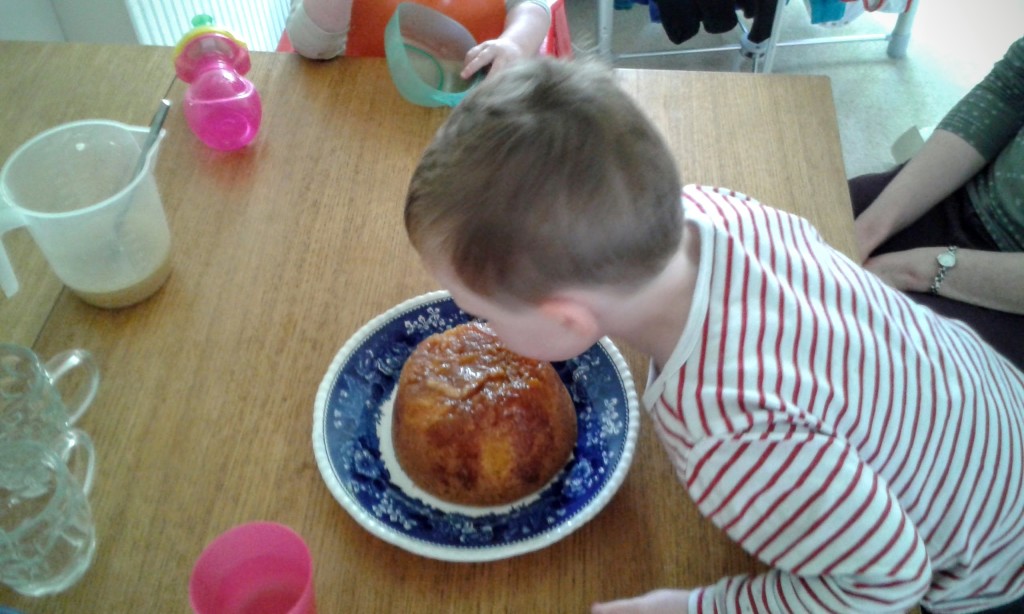 Some of the benefits of our time in the kitchen are things you’d expect.  Olly’s very interested in food, and probably more open minded about trying new things (although like many of his friends vegetables are still left on his plate at the end of a meal).  He has his own strong opinions about food: I don’t think the fishmonger’s seen many other 3 year olds having a tantrum because we’re buying mackerel rather than sea bass!

But above all he appreciates and enjoys my passion, so it’s something we share rather than something that comes between us.  Most rewarding of all is when he sees me start cooking and heads to the bathroom to drag over his stool so that he can help!

Chris spent a year studying at Leiths School of Food and Wine in West London, and is currently developing a new food business venture which he plans to launch in the new year, whilst keeping up his blog on food trends and kitchen science, www.citytochef.com.  He lives in West Hampstead with his wife Victoria (founder of her own English language and culture business, Perfect Cuppa English), son Olly (3) and daughter Zoë (1).