With children’s theatre, it is quite hit and miss. You could take your eager youngster to see a play, the book of which he or she loves and they could end up screaming in terror or you could take them to see something you’ve never heard of and they could end up laughing hysterically and having a great time. Eitherway, starting early I feel is always a good thing. Getting them used to going to the theatre, the sound of the applause, the music and characters on stage will I feel create a love of the performing arts in a child which would probably serve them well as they grow up. Below are a few firm favourites with our family and we loved them all. In fact we went to see the productions three years in a row and are still not tired of them. If you plan to go at Christmas though, it is a good idea to book early  as they shows get sold out very quickly. Booking around July/August is hugely helpful if you are super organised and know exactly what you are doing and where you will be (awful I know as you cannot be sure of your plans etc but nevertheless, a huge advantage). 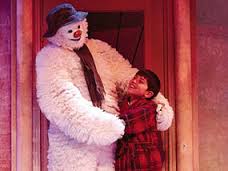 Absolutely magical. For adults and children alike. My four year old sat through it mesmerised as did I. Love love love it. I would say 3 years up would be an ideal age. Booking early for this is absolutely key if you want to get decent seats. Mine is begging to go for the third year in a row.

ROOM ON THE BROOM 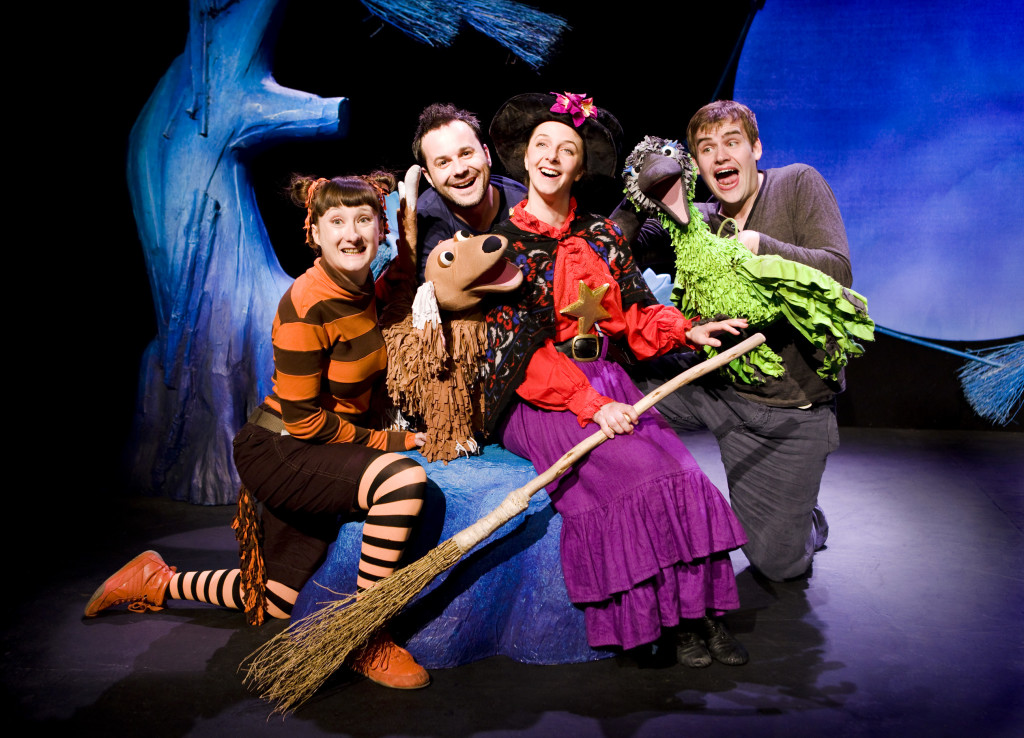 Very well done except that the dialogue tends to cater more to the adults in the audience. I took mine when he was 3 and the only bits that i got a response for were the bits which were quoted from the book which tend to be quite far apart. I would probably recommend an ideal age of around 4.5 upwards. 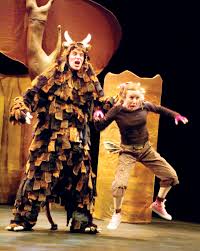 Lovely although if you are in the front, the Gruffalo can be quite scary. They encourage a response from the kids which causes a huge uproar and the kids have a great time. Regardless of the slightly underwhelming costume of the mouse, pretty well done. Probably again 4.5 upwards would be an ideal age. I have learned however that the costumes and sets have now been updated and so are much better quality. 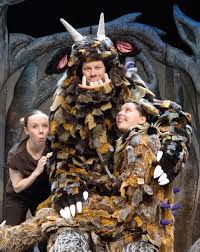 Again, I would say, similar to the Gruffalo, sitting further back with a timid child might be better. Similar to the Gruffalo in the costume department. Loved the snake though I have to say. Mine was a little spooked with the shadow of the mouse but otherwise, well worth seeing. Probably age 4 – 4.5 upwards I think.. 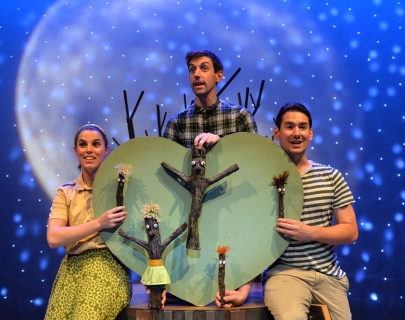 Lovely, lovely, lovely. The improvisation was fantastic. The actors are wonderfully funny and keep the kids enthralled. Big hit with me and mine. There is a bit of ball throwing so might be worth checking the possible rows to which the ball will be thrown when booking the tickets as kids tend to love throwing it back. Age 3.5 or thereabouts upwards…

TIGER WHO CAME TO TEA 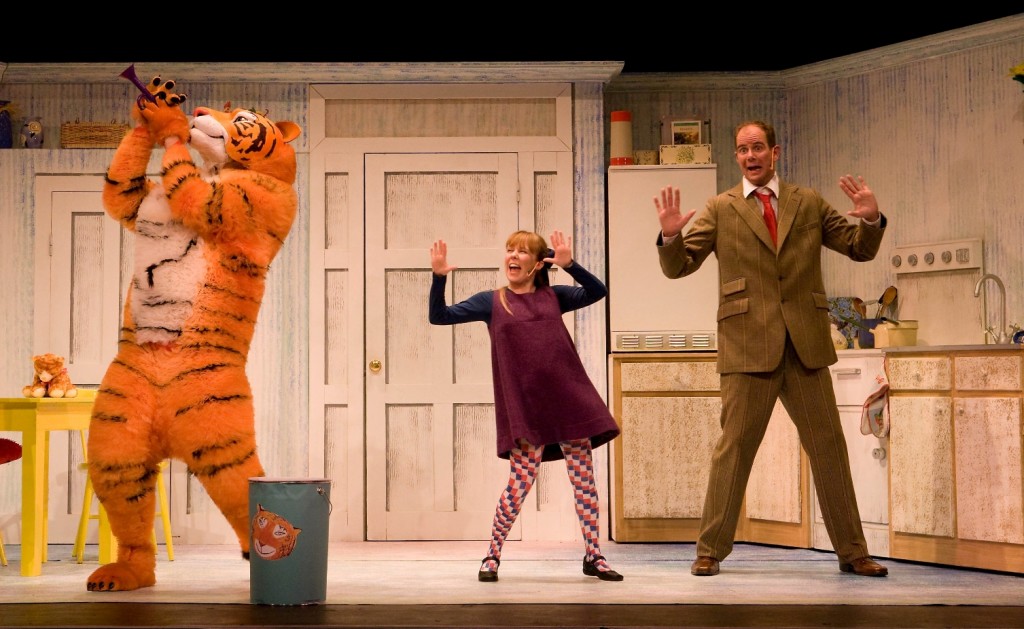 Again, very well adapted. My little one loved it though he was slightly disappointed with how long it took for the tiger to arrive. The actors are fab and the kids love it. I would say around 3 upwards is an ideal age.

CAT IN THE HAT 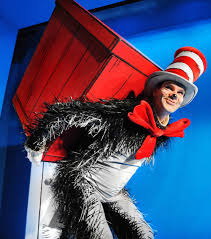 Slightly underwhelming though the children loved the balls thrown around and went completely mad trying to catch everything and throw it back. That bit was a massive hit but as a parent, I have to say, I was not as impressed with the actors as I was with some of the others. Around  4.5 upwards I should think.

IN THE NIGHT GARDEN 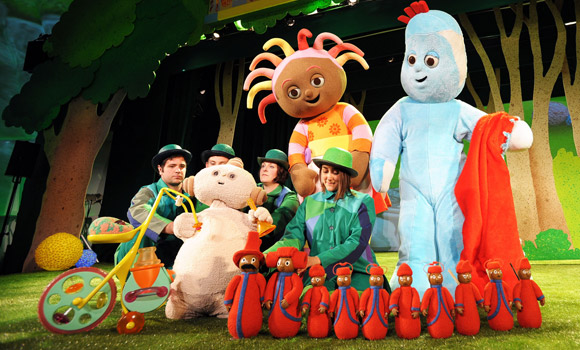 Lovely puppet show. Very well done and the gift bags I feel are worth the money spent. I wouldn’t worry too much about the character meet unless your little one is very insistent though. Any age would have a lovely time. Mine was 2 when we went and we all enjoyed it thoroughly. 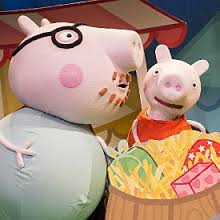 Quite sweet for the younger ones. Costumed actors and puppets. Lots of fun and the kids have a ball. If you sit in front though be prepared to be sprinkled as the set comes complete with actors shooting water pistols. Good for any age.

Similar to Peppa pig with costumed actors. Lots of fun and great for the little ones. Any age. 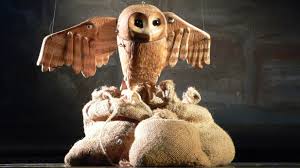 To be honest we were not impressed and left during the interval of one of the shadow puppet shows. It seemed to be more about the quality of the shadow puppetry than whether it caught the kids attention. It may have been that ours were too small but they were 3.5 when we went and that was I believe the age on the brochure. If it is a shadow puppet production I wold advise that the kids are at least 4.5 – 5 simply because they will not appreciate it if they are any younger and will simply get very bored. 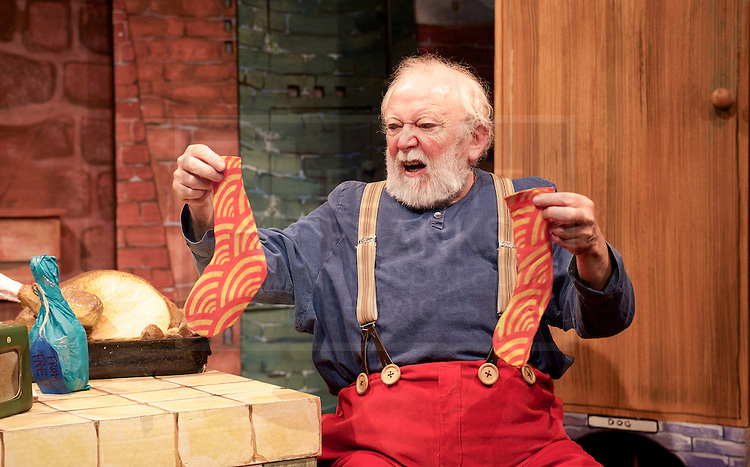 Not our cup of tea at all. My 4 year old didn’t enjoy it and was very upset that Santa didn’t really want to deliver gifts to kids but on the other hand thought it was hugely funny to yell “blooming” at everyone and everything for ages and I was not impressed. I had thought (perhaps not very intuitively) that it would be a watered down, funnier version for the kids but it wasn’t. I wouldn’t bother but if you were keen, I would say a child of around 7 or 8 may get the irony and appreciate the one woman sound system. Mine was fairly interested in the lady making the sounds but wasn’t that taken up with any other part of it.. 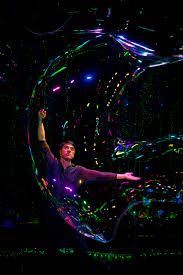 Captivating and quite amazing. Really lovely. Any age. 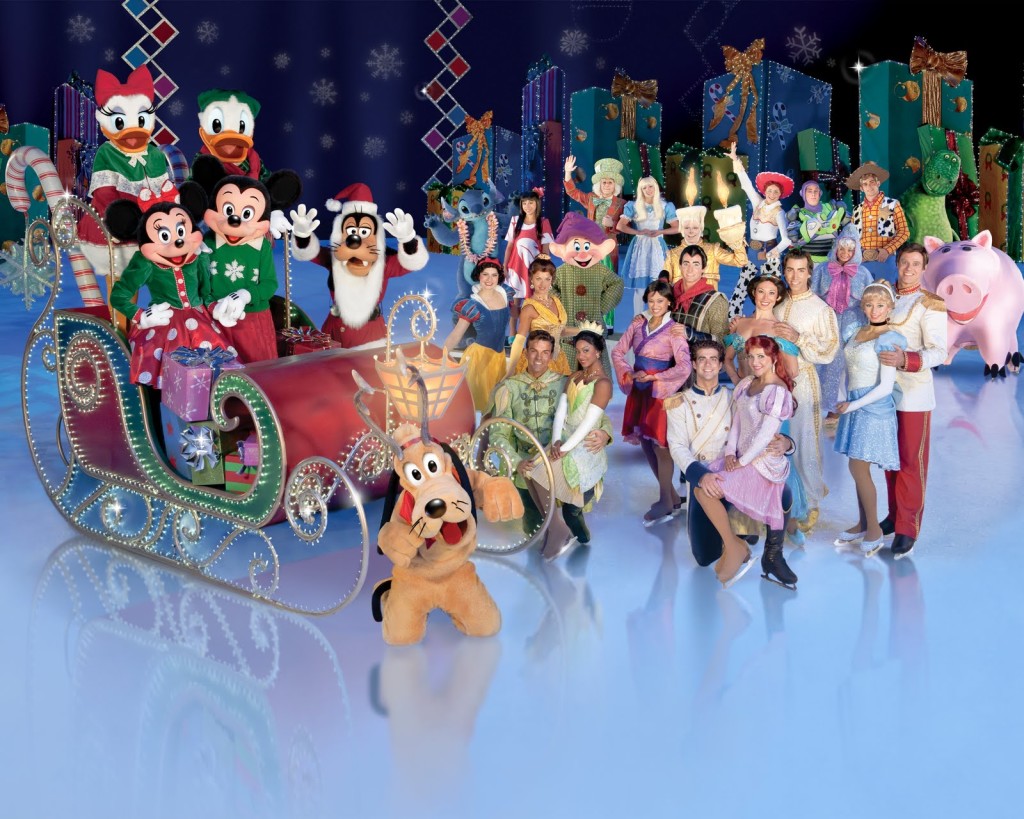 Nice enough if you get good seats. More for girls than boys I would say unless you have boys who love the Disney classics as well. Bit of a trek as it is at the O2 in Greenwich but if you are willing to go, a nice day out I would think. Probably best for ages 4.5 and up. 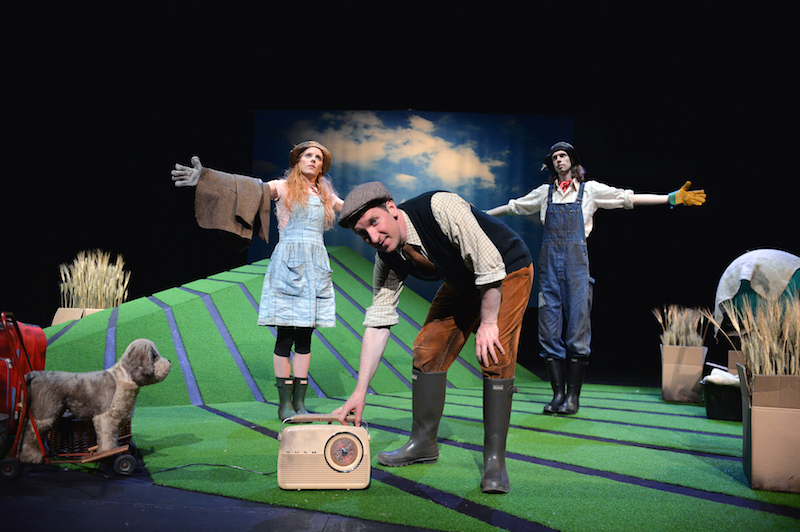 All in all, we were not too impressed.  It was somewhat dragging and the fact that there was so much restlessness from the children in the crowd is a real testament to how engaging it was. Done with lots of songs etc but we felt it lacked a little oomph and could have been more upbeat. Probably for ages 3.5/4 and up I would say.

Captain Flinn and the Pirate Dinosaurs 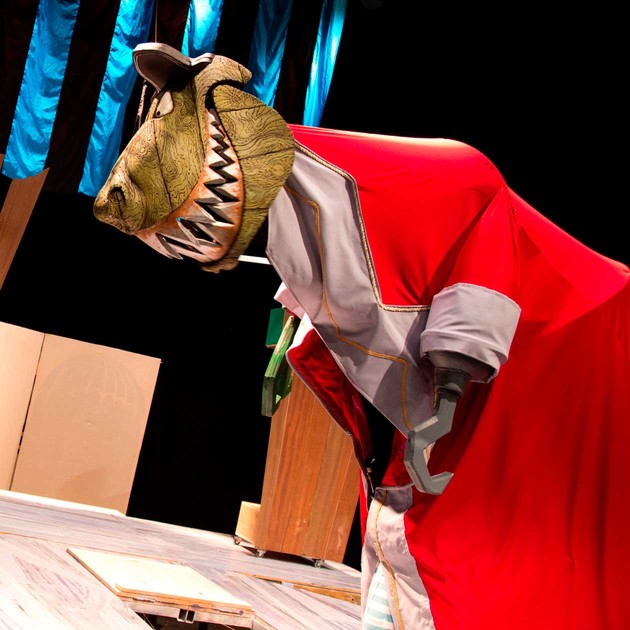 Very good. Done brilliantly. The costumes were great, the children were mesmerised. They remain fairly true to the book and the actors were funny and kept the children really engaged. Even the little ones seemed interested and glued to the performance. Slightly scary when the set goes red and the music comes on for the Tyrannosaurus to come on stage but still very good. I would probably recommend an age of 5 or so.

Dinosaurs in the Wild 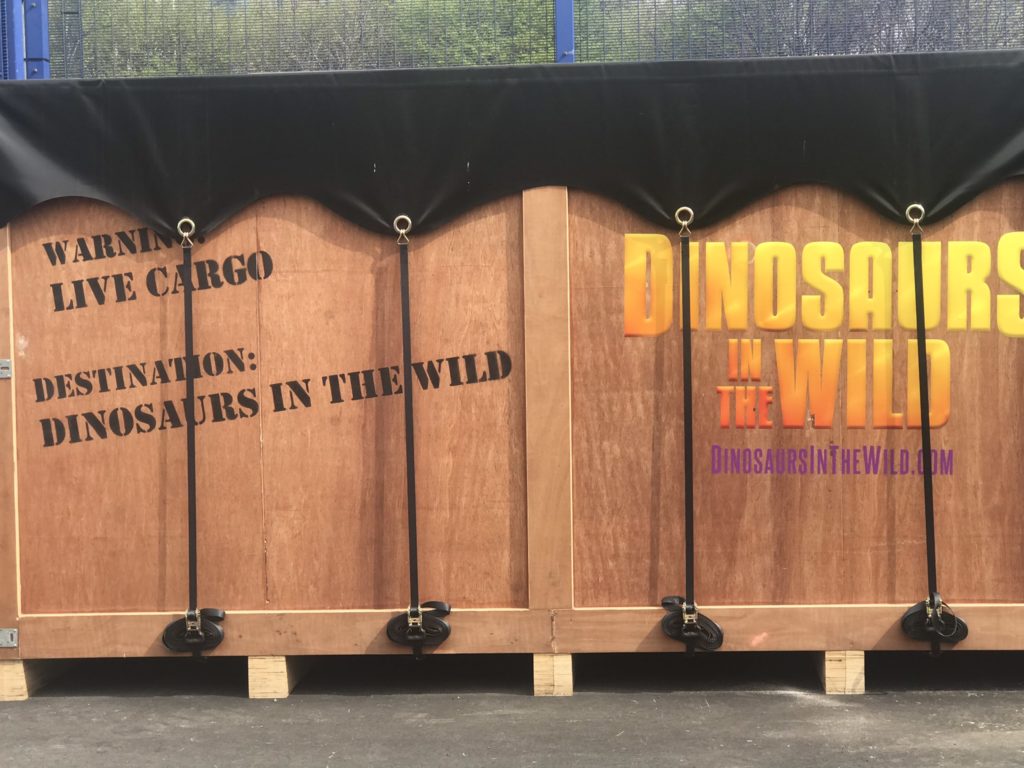 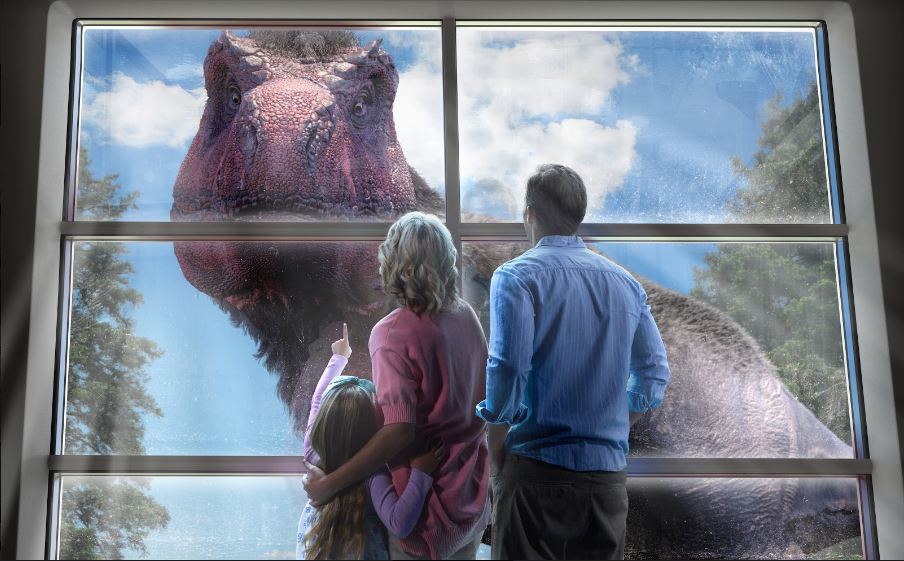 A fantastic interactive adventure for young and old alike.