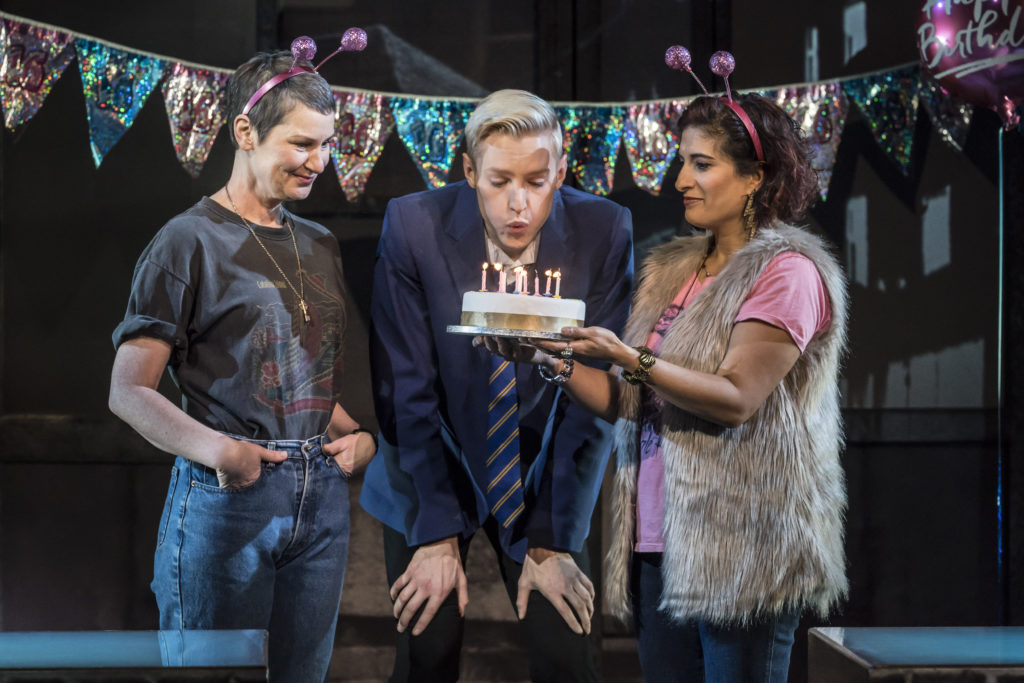 Everybody’s Talking About Jamie in the West End

Jamie New is sixteen and lives on a council estate in Sheffield.

Jamie doesn’t quite fit in.

Jamie is terrified about the future.

Jamie is going to be a sensation.

Everybody’s Talking About Jamie is based on the true story of 16 year old Jamie and his mum Margaret.  Supported by his brilliant loving mum and surrounded by his friends, Jamie overcomes prejudice, beats the bullies and steps out of the darkness, into the spotlight. Here’s a little preview of Josie Walker as Jamie’s Mum Margaret singing the beautiful & emotive ‘He’s My Boy’.
https://www.youtube.com/watch?v=_Id_cuOoPxA

***** ‘This fizzing musical is a blast of fresh air. The songs have the wow factor.’ THE TIMES

John McCrea, Josie Walker, Tamsin Carroll and Mina Anwar lead a twenty-four strong company and an eight-piece band that is ‘ ‘A joyous punch in the air about following your dreams and being yourself’ TIME OUT

Sixteen: the edge of possibility.  Time to make your dreams come true.

But you can win a pair of tickets with Mums in the Wood! 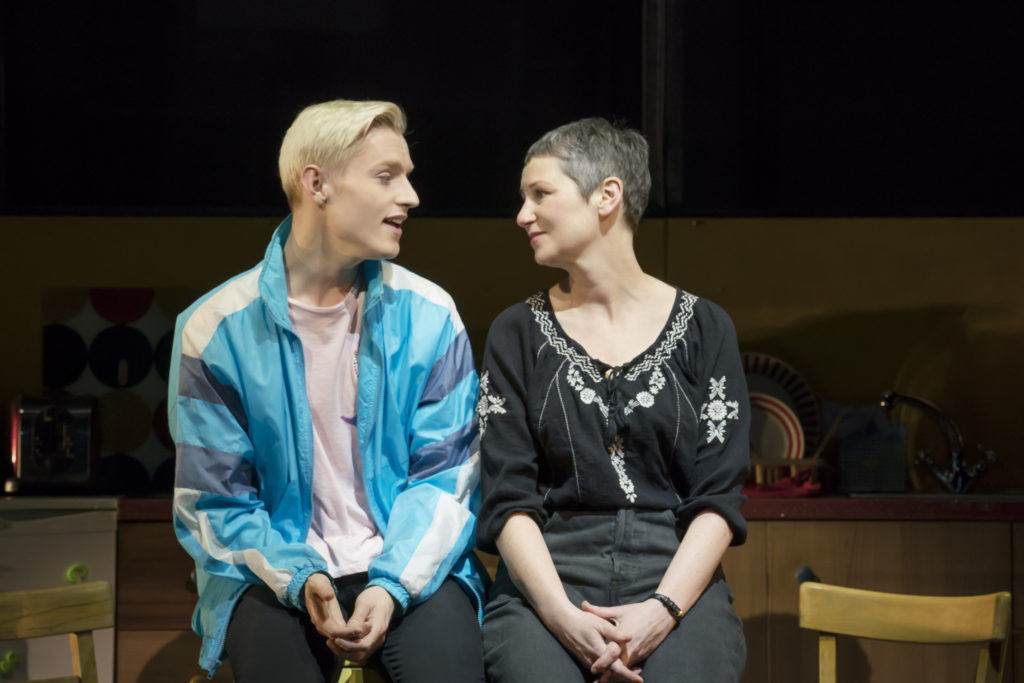 Simply e-mail us at mail@mumsinthewood.com the subject “Everybody’s Talking About Jamie” by Thursday 25 January 2018. Make sure you include your full name and telephone number.

One winner will receive a pair of band A tickets, valid for performances up to the 8th March 2018 excluding the February half term , subject to availability.

Everybody’s Talking About Jamie is now playing at the Apollo Theatre in the West End. To book your tickets (from £20) visit everybodystalkingaboutjamie.co.uk