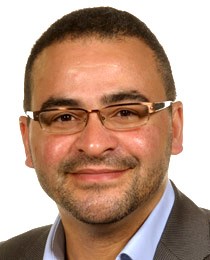 It is a very common condition affecting 3 – 10% of babies, boys more often than girls and can vary in severity from very mild cases to the tongue being completely fused to the floor of the mouth. The fact that it is so common would immediately imply that not all cases need to be treated and this is certainly true.

The most important problem that tongue tie can cause is difficulty with breastfeeding which of course is a cause of great distress to mother and baby. During breast feeding, the baby needs to be able to open its mouth wide enough to latch on to not only the nipple but the surrounding bit of breast tissue in order to massage the milk out through the nipple. Also, the tongue needs to form a barrier between the gums and the nipple otherwise the baby “chomps” on the nipple causing pain, soreness and ulceration of the nipple. There is now good evidence in the medical literature that dividing the tongue tie in babies with feeding difficulties is very helpful and gives good results within 24 hrs. But of course several babies without tongue ties also have feeding difficulties and so often it is wise to get the advice of a lactation specialist or midwife with the appropriate skills to assess and give good advice on appropriate breastfeeding technique.

Parents are often concerned that tongue tie may affect speech development as the child grows up. There is no good evidence for this and in fact a large number of tongue ties will improve and stretch or be cut by the teeth or feeding spoons as the child grows up. However, some children are referred at about the age of 4 or 5 when a speech therapist identifies a child who has a tongue tie with difficulties with the creation of certain sounds such as I, T, Th and S. Also some older children may have quite tight tongue ties that severely restrict tongue movement so that they have difficulty licking an ice cream or sticking their tongue out at their friends.

Division of tongue tie in a baby with breast feeding problems is a very simple procedure which can be carried out in a clinic setting and takes about 2 minutes. The baby is gently swaddled, the mouth is opened and the piece of tissue is snipped with a pair of scissors. Babies sometimes do not like being wrapped up and will cry for this reason while some sleep through the procedure. The baby is then immediately handed over to mum for a feed and the crying instantly ceases. Of course there is no evidence that the baby feels absolutely nothing when the tongue tie is snipped but it is done very quickly and some babies do not cry at all. Weighed against the possible complications of a general anaesthetic in such a small baby for such a trivial condition, it seems reasonable to do this as a clinic procedure. There are usually no complications at all from the procedure.

In older babies over the age of 2 months and in older children, a general anaesthetic is required as it then quite a traumatic experience for the baby, the mother and the doctor if done while the child is awake.

In summary, Tongue tie is a very common condition and not all cases need treatment. Where there are breast feeding problems there is good evidence that dividing the tongue tie is helpful. Tongue ties can be divided in babies without need for a general anaesthetic by a trained medical practitioner.